The puck drops this Saturday, September 7th at 9am CT. The top high school hockey players the midwest has to offer... Does it get any better?

For college hockey fans, the puck doesn't drop for a few more weeks. This date is close enough for us to all get antsy, but distant enough to know this antsy-ness is all but a tease. Fortunately for those living in the state of Minnesota, there are other options to feed that desire for some good ole' hockey.

The Upper Midwest High School Elite Hockey League, or better known as the Elite League in the Midwest, started as a plan to try and get high school talent to finish their prep career before heading to juniors. Players wanted exposure in order for opportunities to open at higher levels of play, which made the idea of leaving school for the next level an increasingly popular thought. So in order to combat this idea, the league was created and met most, if not all of these player's expectations.

The Elite League gives the midwest's best players a large amount of exposure at a high level of competition, which equals a small mecca for NCAA schools and NHL scouts. Throughout the duration of this seven week league, fans have the opportunity to watch one of the state's greatest past times without traveling too far.

The action starts early on the weekend of September 7th at New Hope Ice Arena, and games travel around the state from there. Stevens Point, Grand Rapids, Duluth, and Onalaska are just a few towns that will hold a few games this season. Take a peek at the whole schedule.

Well, who's going to be playing?

Below are statistics from a select group of players for each grade. These players are whom I assume to play vital rules this year, collegiate-bound athletes, and/or potential all-around game changers. Statistics taken are totals from the 2012-2013 high school season. 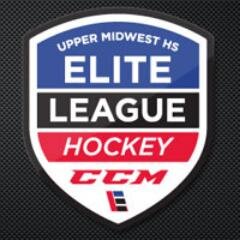 All of the Elite League information can be found on the League's website. If you're interested in looking at the rest of the content, following along to the action live, or learning more about the league go to the High School Elite Hockey.