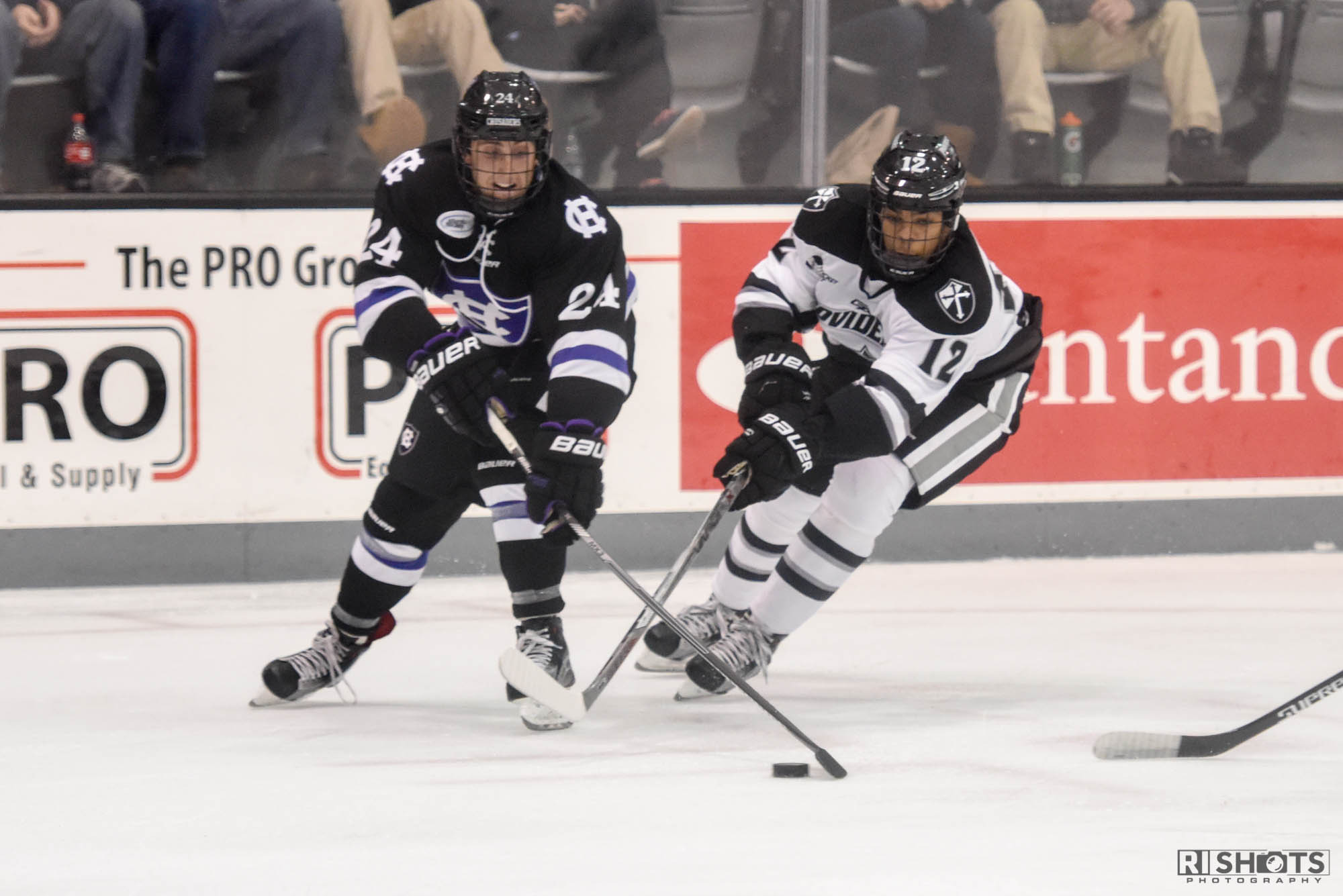 The Providence Friars Men’s Hockey have been on a tear since their series sweep vs RIT in early December. They have gone 11-1-2 with their only losses coming at the hands of #8 Boston College at Frozen Fenway and #12 Vermont at home. They have knocked off #2 Denver, #5 UMass-Lowell, and #12 Vermont. Their impressive resume of victories has throttled them all the way up to #11 in USCHO.com poll.

The Friars have recently come off a string of victories against Maine this weekend. In thanks to Senior Defenseman Anthony Florentino, who scored his 1st career hat trick in a 5-3 victory on Saturday. His contribution went unnoticed as he was deemed the Hockey East Defensive Player of the Week earlier today. The West Roxbury, MA native last award received was in March 2014 when he was named the Hockey East Player of the Month.

The Friars have had players all over the ice stepping up and helping in any way they can. Sophomore Erik Foley contributed to all 3-goals in Friday’s 3-2 win. Foley finished with a goal and 2 assists and has amassed a exceptional 8 points over their 7-game winning streak. Foley’s brilliant play has rewarded him Hockey East Player of the Week. In Friday’s victory, it was Jake Walman’s PP goal with 1:53 to play in the 3rd; which, put PC in the driver’s seat and drove them to victory. A nice wrist shot by Walman that snuck by the Maine defenders and into the back of the net sent the Friar fans home happy, as they now know their beloved Friars are back.

The Friars look to stretch their winning streak to 8-games as they travel to the XL Center in Hartford to take on the UCONN Huskies on Wednesday, puck drops at 7:05.