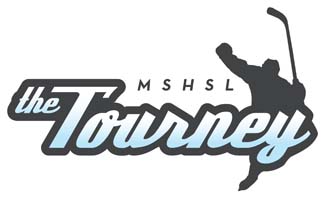 Hockey fans in Minnesota are already going crazy, in anticipation for the State High School Tournament that starts on Wednesday. To Minnesotans, it is one of the most talked about events throughout the year. It is like a statewide holiday for land of 10,000 lakes. Everyone in the state will either work their way down to the Xcel Energy Center or tune in and watch it on TV (Prep45). With it being just a few days away, here are some things to watch for during #TheTourney15:

28-0-0 is Lakeville North’s record heading into the tournament. They are very talented team, including six Division 1 commits. In Minnesota High School Hockey, you are lucky to have one or two D1 commits, but Lakeville having six, is just crazy talk. Coming into the tourney, as the number one seed, LVN is looking to become the first team to have a perfect season in Class AA, since Bloomington Jefferson did it in 1994. Lakeville has an explosive offense, led by the Poehling brothers (all SCSU bound) up front, which totaled a combined 148 points this season. The blueline is even stronger with, Jack Sadek (Minnesota) and Jack Mcneely (UNO), who will log heavy minutes for Panthers. In the crease for the LVN is another D1 commit, Ryan Edquist (Minnesota), who finished the regular season with a remarkable 1.43 goals against average. With so much talent and depth in the Panther’s lineup, it wouldn’t shock me one bit to see them run the table and finish a perfect 31-0-0.

Both Edina and East Grand Forks come into the 2015 tournament trying to defend their titles from last year. For Edina they are trying to win their third title in three years. Edina is led by, Mr. Hockey finalist Dylan Malmquist (Notre Dame), who racked up 66 points this season. Malmquist, a Mr. Hockey finalist, has NHL like vision on the ice and hockey IQ that impresses everyone. With the combination of Malmquist and his line-mate, Garrett Wait (Minnesota), Edina is no team to sleep on. Their only loss this season came against undefeated Lakeville North. EGF is down compare to the talent the brought to the tournament last year but they might have the best player in Class A in, Dixon Bowen (UND). Another Mr. Hockey finalist himself, Bowen came back for his senior season instead of heading to the USHL to try to lead EGF to back-to-back state titles. If I had to pick, I think Edina has a better chance of defending their title but East Grand Forks could find themselves back in the title game if Bowen, and the core around him, have a great tournament.

The Curse of Second Place

Once again the Hermantown Hawks are coming into the tournament with the number one seed. Nothing new for them, they just want to be number one when the tournament is all said and done. Hermantown has got to the state title game five years in a row; they have also finished second five years in a row… I know that stat hurts all the Hermantown fans out there but this year is going to be different! The Hawks are led by seniors Ryan Kero and Nate Pionk, two talented forwards, who I think you could see playing in the NAHL (North American Hockey League) next year. They also have one of the best coaches in the state in, Bruce Plante. The guy is a hockey guru and he deserves another state title (I think he was on the all hockey hair team too last year. Impressive for a coach). The Hawks are ready this year and I look forward to seeing them in the title game again and hopefully coming out on top this time for all you Hawks’ fans out there.

The Spring Lake Park Panthers will be making their first ever-state tournament appearance this year. The Panthers blew by the competition is section 5A, with winning ever one of their playoff games by at least four goals. I’m sure their fans will pack the X on Wednesday, but they are going to have a tough task facing the number one seed, Hermantown for their first game. Another first timer, but no stranger to the tournament, is St. Thomas Academy. The Cadets will be making their first appearance in the Class AA tournament. They made the move last year up to Class AA after winning the Class A title in 2011, 2012, and 2013. STA is no push over team in AA though; they are the three seed coming in and have very good chance of winning the tournament. They have an offense that average almost 6 goals per game during the regular season, led by seniors, Peter Tufto and Christiano Versich (Colorado College), who are both finalist for Mr. Hockey. The Cadets are coming and teams in AA better watch out!

The Tourney 15 is almost here and we are in store for some great hockey. The X will be rockin’, the teams will ready, and the state of Minnesota will enjoy. Minnesota will once again show everyone why they are called, "The State of Hockey." Everyone have fun because there is nothing better than Minnesota High School Hockey!