Guentzel is a small, playmaking forward with excellent hockey sense. He's racked up a lot of assists in his first season of college hockey. As he gets older, he'll likely become more of a goal-scoring threat as well. Guentzel may seem like a typical boom-or-bust prospect, but he understands the game really well and is strong on his stick. With some added strength, he could be very good on both ends of the ice.

LaBate has developed into a reliable third line center--no small feat in head coach Mike Eaves' defense-oriented system--while also chipping in the occasional offense. He projects as a winger at the pro level, but the fact that he can play the middle so effectively at the college-level speaks to the two-way abilities he'll bring to the pro game.

The freshman has been BU’s top performer this season as the Terriers have struggled to find offensive depth. Another undersized player, the Senators prospect is a good playmaker, which may come out more when the Terriers become more competitive.

The Eagles top freshman has looked far from a first-year player, and has fit in seamlessly with the likes of Hayes and Gaudreau. The Bruins prospect and Massachusetts native was one of the final cuts from the USA’s World Juniors team, but stayed stateside and showed off his quick release and good hands at Frozen Fenway. 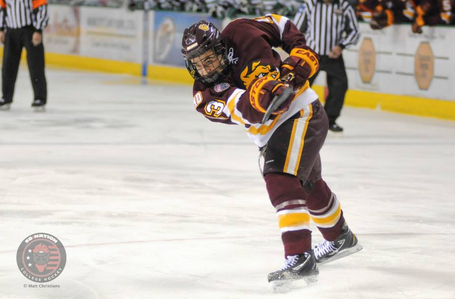 Cameranesi is an elite-level skater which makes him an always-dangerous offensive threat and an effective defensive player. He needs to get stronger and win more puck battles, but there's no doubt he'll be able to keep up with the pace of play at the pro level.

Pietila was named a captain at Michigan Tech this year as a junior, and the weight of the 'C' caused him to get off to a slow start, both offensively, and with too many penalty minutes. But Pietila has improved as the year has gone on. He is excellent on the defensive end of the ice and can chip in some offense as well. He has the potential to be an effective two-way forward at the pro level.

The lumbering freshman forward came in to Union as an older freshman and has performed well. He's a big body that goes in the dirty areas and can muck and grind it. He projects as a fourth liner at the next level with the ability to chip in offensively. 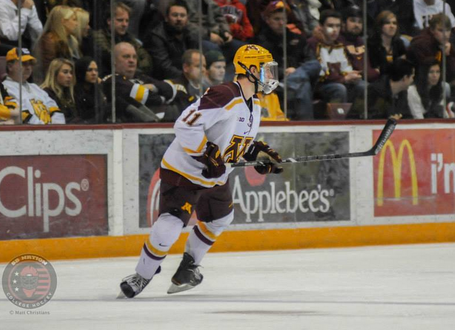 A year after four of Minnesota's top scorers moved on to the next level, Warning has played a bigger role for Minnesota and has emerged as the leading scorer on one of the nation's best teams. Warning's play can be a tad inconsistent, and he's not much of a physical presence, but at his best, he's a skilled playmaker that makes everyone around him better, similar to former teammate Erik Haula, who has played some in the NHL in his first year out of college.

The senior captain is often overlooked when the discussion of BC's defense comes up, but Jerry York has been careful to single him out for his terrific play in his own zone after several games this season. He is a very dependable, steady shutdown defender.

Mersch's skating has always been his biggest weakness, but there's no doubt that he knows how to put the puck in the net. The senior is just one goal away from his second consecutive 20-goal season. It's tough to tell if Mersch will be able to keep up that scorer's touch at the pro level, or if his lack of foot speed will finally catch up to him, but his upside as a power play sniper should earn him a contract from Los Angeles after he graduates this spring. 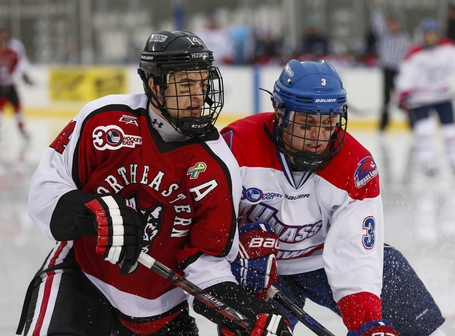 Overshadowed by two teammates having outstanding seasons, Pimm has been nearly a point-a-game player. He’s a gritty player who can be used in all phases of the game, and is very strong on the rush.

Cammarata has always been a difficult player to peg. His tremendously gifted hands and hockey sense make him an incredible scorer, but he’s also the type of player that practically invisible when he’s not scoring, and his production has really slowed as he adjusts to the stronger players and better defense in college hockey. He’s still young, however, and once he adjusts to college hockey, has the potential to be an elite scorer in college, and at the pro level.

Morrison is a big defender with excellent offensive capabilities. He's always been a threat on the power play for Western Michigan, but in his sophomore season, his ice-time and responsibilities have really started to increase. He's still a bit raw on the defensive end, but his upside as a power play quarterback is tremendous. 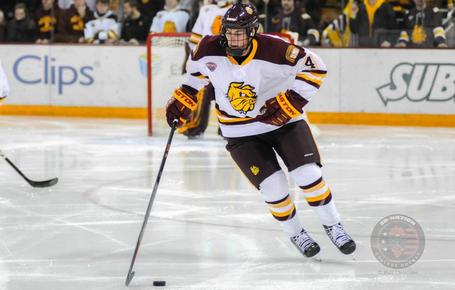 After being passed over in his first year of eligibility, Soucy was selected by the Minnesota Wild coming out of Alberta and has immediately stepped in to the UMD line-up and played top pairing minutes. The big defender is a bit lumbering at times, but plays physical and has been extremely reliable on the UMD blue line.

Guptill has been enigmatic for the Wolverines. He’s always been a tremendous scoring threat, but his effort and discipline have earned him some healthy scratches and a team suspension to start this season. But the big forward has one of the hardest, quickest shots in college hockey. If he can stay out of his own way, his ability to shoot the puck could make him an excellent NHL player.

The speedy winger is the catalyst of the Bobcats offense. Along with brother Connor and freshman Sam Anas, the trio represents probably the second best line in the country. He's small, but he's gritty and can play with a mean streak. His hands, especially in traffic, are impressive. He's one of those players that can stickhandle in a telephone booth.

The brother of Penguins prospect Jayson Megna, Jaycob is a big, athletic defender with enormous potential. He's listed at 6'6" and is a smoother skater than his teammate last year, Tampa Bay's Andrej Sustr.  Megna's feel for the game could stand to improve a bit, but his size allows him to make up for many of those shortcomings.

The junior has really come on strong this season, potting 14 goals after having found the back of the net just nine times in his first two seasons combined. He's a big, powerful winger whose net presence is intimidating. He could play a myriad of roles at the next level, but a power forward who can bring toughness on the third or fourth line is probably his calling. 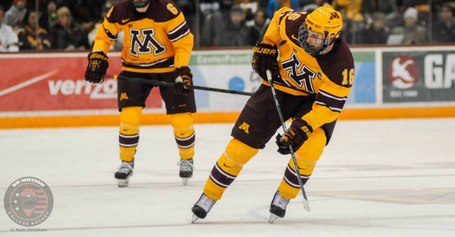 Condon's senior season wasn't quite as strong as an excellent junior campaign, but he's a hard-nosed player that wins a lot of puck battles on both ends of the ice and does all the little things well. He can be an effective player even strength, on the power play, or on the penalty kill.

Stepan is a jack-of-all-trades forward that is comfortable playing on both ends of the ice, and in any situation. That versatility, combined with some luck in regards to injuries, helped Stepan earn a spot on the US World Junior team. After a bit of a slow start, Stepan has seen his responsibilities increase in the MSU line-up, and has produced more offense.