A group of talented, smaller forwards feature on this list.

This is the third installment of this series focusing on players ranked 41-60. 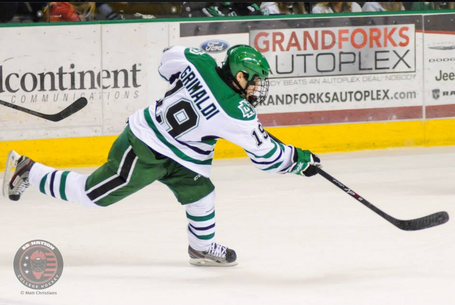 Grimaldi is one of the fastest, most tenacious competitors in all of college hockey. But generously listed at 5'6", his size continues to be a concern for those projecting him at the next level. Offensively, Grimaldi has averaged nearly a point-per-game in his sophomore season, leading North Dakota in scoring, but still converts on a relatively low percentage of the numerous scoring changes he generates. 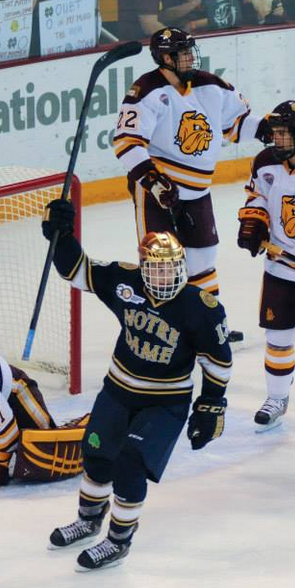 Hinostroza has averaged a point per game as a freshman. He's a smart, versatile player that has had no trouble adjusting to playing center at the NCAA level, and contributing on special teams.

Bennett has been asked to anchor an inexperienced Michigan defense this season and has played big minutes in doing so. His skating remains his best asset, and while he's not a huge offensive threat, he's reliable at moving the puck up the ice to teammates. 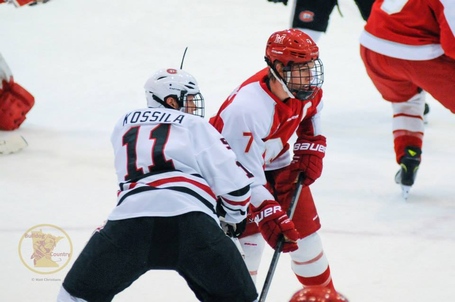 Czarnik is one of the most exciting, dynamic forwards in the NCAA, but his diminutive size kept him from being drafted into the NHL. Czarnik plays with tremendous speed and has excellent hockey sense, which should allow him to transition to the pro level despite being smaller than most players in the league. 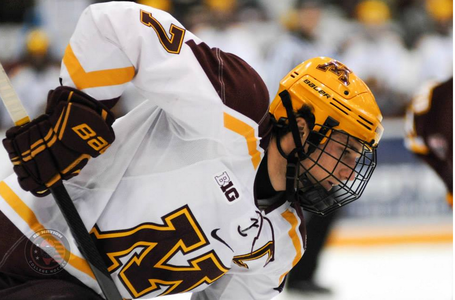 Rau is generously listed at 5-8 178 lbs., but he’s a Grade-A pest, and has a tremendous nose for the net. His hockey sense allows him to sneak into soft spots in the defense and score goals from tough areas of the ice, and he's great at taking opponents off their game by getting under their skin.

A born leader, the Toronto Maple Leafs prospects has gone from not playing his freshman season to logging 25-30 minutes a game this year. He has a booming shot from the blue line and can play a strong, physical game on and away from the puck. He has another year of eligibility left, but will likely head to the Maple Leafs organization when the season is over. 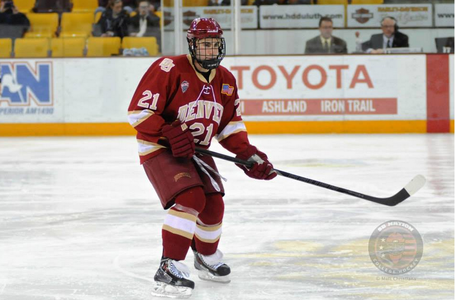 With strong skating and a devastatingly accurate and heavy shot, LaLeggia is almost like a fourth forward from the blue line. His defensive play can be somewhat of a concern at times, but he's got a future as a potential power play quarterback.

MacEachern was a bit of a project when the St. Louis Blues drafted him in the third round out of Michigan High School hockey. After a year in juniors, MacEachern has made a good, but not great transition to college hockey. His talent is evident though, and with another year or two to develop physically and adjust to his competition, MacEachern could develop into a power forward with silky smooth hands and excellent scoring ability. 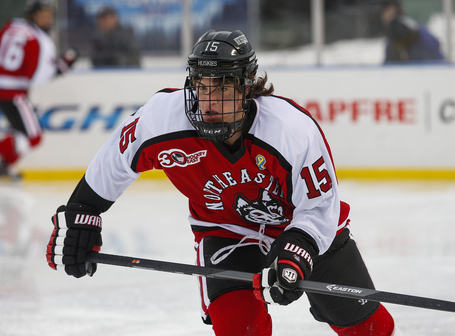 The 2013 Beanpot was Roy’s coming out party, registering five goals in the two-game tournament. Roy has recoded 58 points in his 46 games for the Huskies, and is a great skater who can stop on a dime or lace a pass cross-ice onto a teammate’s stick. So what’s stopping Roy from being higher on the list? The Ducks prospect stands a mere 5-foot-10, and isn’t the best player in his own zone. 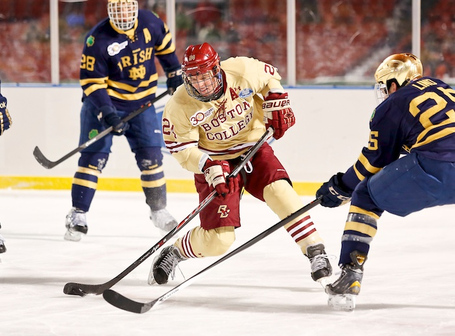 A consistent offensive contributor in his four year’s in Chestnut Hill, Arnold is a solid two-way player who is accountable on the backcheck, Arnold is a player who might be able to make a living at the next level because of that defensive ability, coupled with enough offense punch to contribute.

There was widespread speculation that he was leaving Lowell after last season, but he returned for his sophomore campaign. He's got a rocket of a shot and plays Norm Bazin's puck possession style to perfection. He's getting better defensively, but should probably return to get a little more seasoning. He's an older college player so has less upside than some of the other defensemen on this list.

Parayko is a bit of an unknown because he plays in Fairbanks, but there's a lot to like about his as a prospect. He stands at 6-5 218 lbs., and can play with a bit of a mean streak, but is also skilled enough to man the Nanooks' power play, where he has put up some nice offense from the blue line.

Motte's 5'9" frame caused him to drop to the fourth round of last year's draft, but he's made up for that lack of size with incredible speed and tenacity on the puck to become a very effective for the Wolverines in his freshman year. An illness kept him off the US World Junior team, but he should be a lock for next year's team. Once he gets a little stronger and more mature, he should be an effective two-way player at the pro level.

The RPI junior and USNTDP product started the season off with a bang and still has very solid numbers, but he was averaging a goal per game for the entire first semester. He has a hard shot and plays a bigger game than his frame suggests, but perhaps his best asset is his ability to see the play develop and be in the right spot at the right time. He plays with an edge, but needs to bring it every shift. 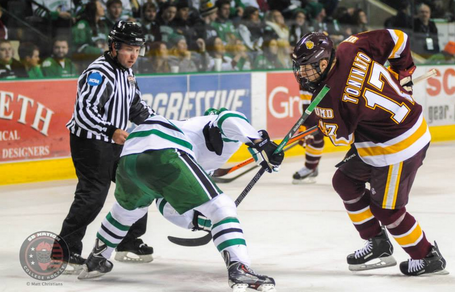 Toninato's style of play is a unique combination of power mixed with finesse. He hasn't been a huge scorer in his freshman season, but once he adds a little more weight and adjusts to the speed of college hockey, he has the hands and playmaking ability to be a scoring power forward. 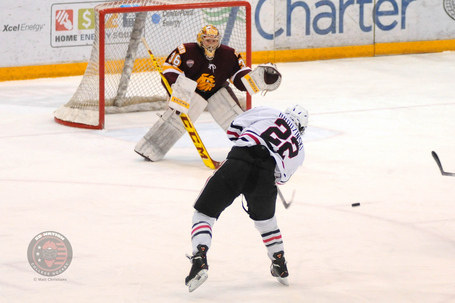 A year after a surprising freshman season, Brodzinski has developed into a legitimate star in the college ranks. He's always had a canon for a shot, but his skating and playmaking have really improved since coming to St. Cloud, which has helped him become a more complete player. If he continues that trajectory, he has the potential to become a real scoring threat at the next level. 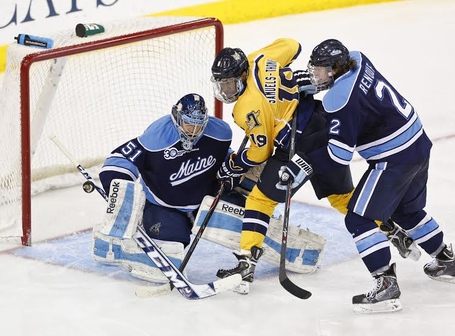 Quinnipiac's big senior power forward is very strong on the puck and uses his size and strength to muscle through opposing defenders. He's at his best when he's going hard to the net and creating havoc in opposing creases. He could potentially be a very solid fourth line winger at the next level.

Lost in Quinnipiac's high flying offense is the fact the Bobcats have some very good blue liners. He's a big, bruising defender out of Minnesota who plays a very simple game. He isn't flashy, but he was invited to an NHL Development Camp last summer for a reason. His offensive instincts have progressed, but he's the type of player who could be a fifth or sixth defender at the next level bases on his size and defensive prowess.

The South Kent product is the type of blue liner an observer notices every time he is on the ice. He's flashy, has good puck skills, but also can be very physical in his own end. Like a lot of freshmen, he's had an up and down first season for Nate Leaman's Friars, but more often than not, he's been an impactful presence on the blue line. 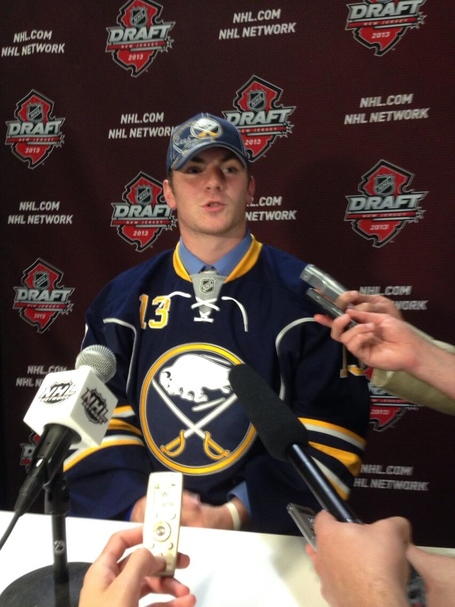 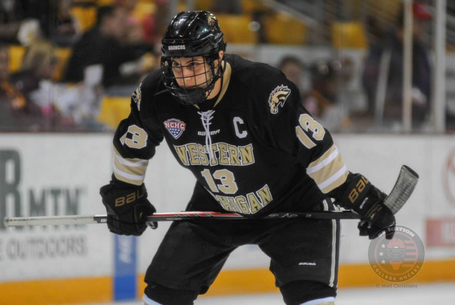 Balisy is a consummate leader that has traded in gaudier offensive numbers to be a more effective and more complete player. He plays a very mature, responsible game and is an excellent driver of possession. He won't be a huge scorer at the next level, but should be an extremely reliable player.