The WCHA announced their postseason plans, University of Minnesota head coach Don Lucia was named the 2014 US World Junior head coach and the 5 Minnesota Division 1 schools officially unveiled plans for an in-season tournament at the Xcel Energy Center.

Share All sharing options for: Breaking down the 3 major WCHA & Minnesota announcements

Three different press conferences were held before Saturday the Final Five championship game. They were (in order):

Honestly there isn't too much to report. Most of the information which came out of each of the announcements was speculated beforehand yet was never made official. That was most apparent with the WCHA playoff schedule, which confirmed everything written back in February. The WCHA Final Five name will continue despite only having 4 teams make the tournament and less than 5 games and the two Alaska teams and Alabama-Huntsville will pay for their opponent's travel.

More impressive is the work both the WCHA and Big Ten, who will host their postseason tournament at the Xcel Energy Center the other two years, are doing together rather than competing over fans in the Twin Cities.

"The WCHA and the Big Ten want it to be a seamless transition year to year for those who celebrate college hockey," said WCHA commissioner Bruce McLeod.

There was one piece of new news. Besides announcing their postseason plans, the WCHA also unveiled a new logo. 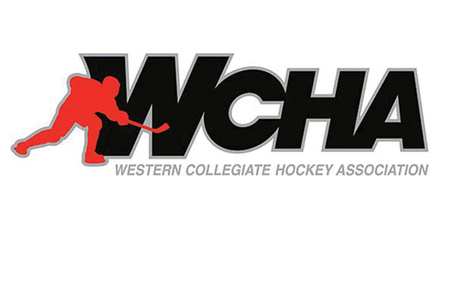 Honestly there isn't much of a difference between the old logo and the 2013 version. The "W" is still bigger even if the league has gotten smaller and the shooting hockey player (now red instead of teal) is on the left rather than right. It's interesting, however, that the new WCHA logo was designed by the same company that did the inaugural NCHC logo. 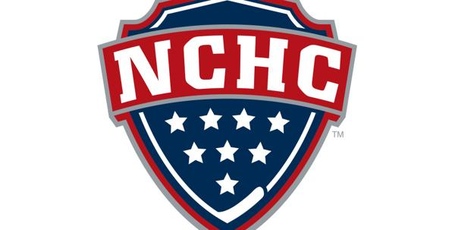 Both give a sense of tradition in their own ways. Still, now would have a great opportunity for the WCHA to get away from their longtime logo.

The middle press conference also wasn't a surprise as TSN insider Bob McKenzie broke the news Thursday night the the Golden Gophers head coach would follow Phil Housley as bench boss for the U-20 team in Malmo, Sweden Dec. 26, 2013 - Jan. 5, 2014.

"I'm so excited to have this opportunity," said Lucia, the first Minnesota head coach to take the job since Doug Woog in 1985. "When I started coaching many years ago one of the things I hoped to be able to do was to be involved with the Olympic team or the US World Junior team. So when (USA Hockey assistant executive director) Jim (Johannson) offered me the opportunity obviously it was something that I'm going to jump at."

Lucia, who plans on missing 2 games with Minnesota, has big shoes with getting the job a year after attending the August US Select Camp and throwing his name into coaching consideration. The United States has high expectations in Malmo after winning their second gold medal in 3 years this past WJC. To that extent, he is bringing a variety of assistants from around the country and some who (like Lucia) have experience on the Olympic-sized rink.

Not all questions were answered Saturday as Chris Peters of the United States of Hockey points out.

What will be most interesting to watch with Lucia's team is the player selection. As a staunch supporter and advocate for college hockey, it wouldn't be a stretch to think Lucia will prefer college players over major juniors. However, with this player group there will have to be some Canadian Hockey League players on the roster to have success.

Lucia said he will lean heavily on the scouting of Johannson and director of player personnel Tim Taylor, who have proven the last several years that where a player plays won't matter nearly as much as what he brings to the table. It's still Lucia's team and he'll have a lot of veto power on players, but he should have faith in the two guys who have built each of the last two gold medal-winning teams.

At the same time, Lucia isn't planning on filling the August 3-10, 2013 Select Camp with Minnesota players. They will have to outplay everyone to make the squad.

"This is going to be completely different," he said.

One name who won't be on the team is Mario Lucia. The Notre Dame freshman forward and son of the Gophers head coach was a part of the gold medal team (along with Minnesota assistant coach Grant Potulny, who served in the same role) but is too old for 2014.

In the final press conference, the five Minnesota Division 1 universities officially announced the horribly-kept secret that the schools will start an in-season tournament at the Xcel Energy Center. Each of the 4 teams playing will get two games - there will be two semifinal games Friday with a consolation and championship game Saturday. The winner receives a yet-to-be-determined trophy.

While the idea is to keep the schools playing each other despite being in 3 different conferences beginning next year, not much else was made clear.

Fans will have the opportunity to play a role in the tournament that some are hoping will be the Upper Midwest version of Boston's Beanpot.

"This spring we will announce plans for a contest to name the tournament that we hope will be traditionally used for years to come," University of Minnesota associate athletic director Tom McGinnis said.

Another long-rumored idea that was made official is that Minnesota will be in the tournament each year and visit the school who is not. Bemidji State is the first team out (the Gophers play them at Sanford October 18-19), St. Cloud will sit out in 2015, Minnesota-Duluth in 2016 and Minnesota-State in 2017.