College Hockey: Five Games or Series to Watch This Weekend

The most intriguing series of the weekend is WCHA favorite Minnesota State traveling to Hockey East land to face Providence College.

Share All sharing options for: College Hockey: Five Games or Series to Watch This Weekend

It might just be the second weekend of the college hockey season, but it is never too early to start thinking Pairwise implications and intriguing matchups. Let's take a look at five games or series hockey fans should be watching this weekend.

This should be a great series to watch. Providence is a team on the rise, having advanced to the Hockey East semifinals the last two years. Minnesota State is the clear-cut favorite to win the new WCHA this year.

Both programs have great young coaches. Nate Leaman is entering his third season at Providence while Mike Hastings is in his second year at Mankato. Both teams have stellar sophomore goaltenders. Jon Gillies, a Calgary Flames draft pick, and the likely starter for the USA at the 2014 World Junior Championships leads Providence between the pipes. Stephon Williams, a New York Islanders prospect, is the backstop for the Mavericks. Both Gillies and Williams were their respective conference's Rookies of the Year and Goaltenders of the Year.

Both teams are playing their only games of the season against the other's conference. Therefore huge Pairwise implications could be playing out. 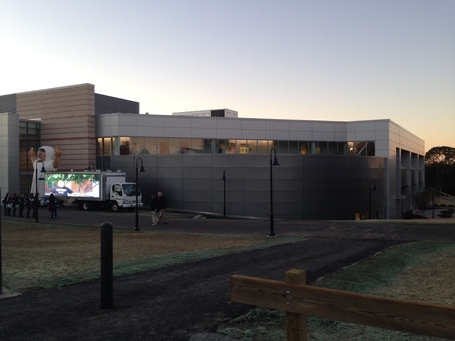 Providence will be playing its first games in the newly renovated and upgraded Schneider Arena.

This should be a great series between former CCHA rivals now playing in different conferences. The Fighting Irish have joined Hockey East while the Broncos moved to the newly formed NCHC.

Both teams are loaded with talent, and trying to reinforce their NCAA Tournament aspirations as they begin new eras. Fans should keep an eye on one freshman from each team. Vince Hinostroza for Notre Dame and Sheldon Dries for WMU should both be able to step in and contribute immediately.

This should be a great game between two teams picked at the tops of their respective conferences. The Eagles, a very young, albeit extremely talented team, were picked second in Hockey East by the league's media and tied for first in the preseason coaches poll. RPI was picked first in the ECAC Preseason Media Poll while the Engineers were pegged second by the league's coaches.

BC fans will get a look at sensational RPI sophomore goaltender Jason Kasdorf while RPI fans making the trek east will get to see returning Hobey Baker Award finalist Johnny Gaudreau and a ridiculously skilled freshman class.

Miami is picked to be among the nation's elite as they venture into their debut season in the NCHC while Ohio State experienced offseason turmoil with the dismissal of former coach Mark Osiecki.

These two former CCHA rivals appear to be heading in opposite directions, but it should be a competitive series as the Red Hawks and Buckeyes battle for state bragging rights.

This matchup isn't guaranteed to occur in the IceBreaker Finals, but the chances are very high. Minnesota hosts a Mercyhurst team picked to finish in the upper echelon of the Atlantic Hockey Association while New Hampshire faces a Clarkson team fresh off a weekend sweep of AHA favorite Niagara. So both the Wildcats and the Gophers have formidable foes to get through in order to make this game happen, but both will be heavy favorites.

Other games that fans will want to follow include Thursday's game in Ann Arbor between Boston College and Michigan as well as the weekend series between Bentley and Nebraska-Omaha.