What better way to celebrate American dominance in hockey than with A GIANT AMERICAN FLAG? 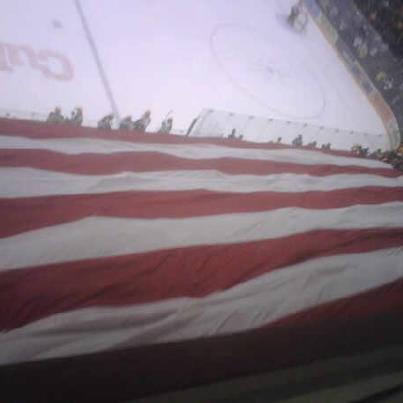 It's the second World Junior gold medal in four years for the Americans, who defeated Canada and Sweden on their road to the Gold, but the first giant American flag at Mariucci.

For another view, check out these shots here (across ice), here (above) and here (below).

Minnesota currently leads the Fighting Irish 3-1 in the third period.