Towards the end of today's quarterfinal match-up between Canada and Switzerland, the Canadian fans made it quite clear that they wanted the USA. Shortly after, the rallying cry went all across the Great White North, with #WeWantUSA becoming a trending topic on Twitter in Canada.

It's a simple statement, but it says a lot. I'm sure few Canadians would admit it, but that rallying cry is a subtle acknowledgment that the road to the gold medal has to go through a very strong United States team. At the same time, there is a certain cockiness to the statement. It's as if Canada is begging for the opportunity to correct the mistake of last year's championship game, and bring the World Junior title back where it rightfully belongs. It sums up the American-Canadian hockey rivalry perfectly; equal parts respect and disdain.

But there's one problem with challenging the United States like that: 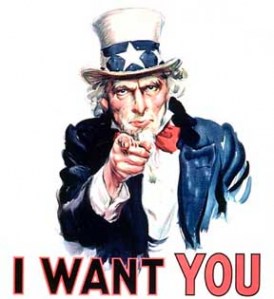 The US is not going to back down from that challenge.

These two teams have seemed destined to meet in the medal round from the beginning. The stakes are maybe a little lower with this only being a semifinal game, but by this point, I think bragging rights may be worth more than a piece of hardware. This may be the most intense, most compelling rivalry in all of sports right now.

All the pluses and minuses for each team can be totaled up on paper, but this is likely to be another close game--I'd be surprised if this game is settled after 60 minutes--that is going to come down to which player can make a big play at the right time. Sports doesn't get any better than that. In the end, we'll see who gets what they wanted.