Christian Bale Would Never Stand For This

Share All sharing options for: Christian Bale Would Never Stand For This 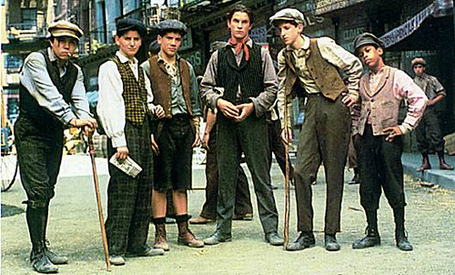 Last March, we all had a good chuckle when former boss James Mirtle wrote a great series of articles on the reality of life in the CHL, and unearthed this unbelievable statistic:

"There's certainly an argument to be made that players should be getting a bigger piece of the pie, so to speak," Christie said. "Players are basically receiving the exact same compensation [about $50] now that they were receiving in the early '80s on a weekly allowance basis.

It's a fairly unique, and ugly, situation where the CHL basically has such control over the labor force that they can exploit it in almost any way they want. But if not handing out a raise in nearly 30 years wasn't bad enough, the CHL took things another step farther this week. I mentioned earlier this month that the CHL would be partnering with EA Sports to be included in next year's NHL video game, and said I would be curious to see how they handled using player names and likenesses.

I'm not sure why I was surprised to see the answer. From WHL commissioner Ron Robison:

"We view this purely as a promotional exercise. There is really no financial benefit to the Canadian Hockey League or our teams or players. We were just delighted to be asked to be part of it ... No, it’s not a commercial venture; it’s really a promotional venture from our standpoint to elevate the awareness of our program."

A promotional venture. Who is getting promoted here? I'm pretty sure the Detroit Red Wings aren't going to be making their third round draft pick next year based on which video game character had the highest OVR rating. The only group getting promoted here, and receiving any sort of benefit on this deal is the CHL itself.

Plain and simple, they gave away the names and likenesses of all of their players for their own (financial) benefit and the actual players get absolutely nothing in return. I'm amazed that something like that is even legal.

I'm sure most players are just thrilled to see their name on a video game, just as they're thrilled to be playing major junior hockey, and don't feel they need anything in return. I suppose if they're willing to let other people make money off of them and get nothing in return, there's not a lot that can be done. It's just a shame that there doesn't seem to be anybody out there looking out for these players and making sure they get what they deserve.