Share All sharing options for: Best of the West #31: Austin Handley, Northern Michigan 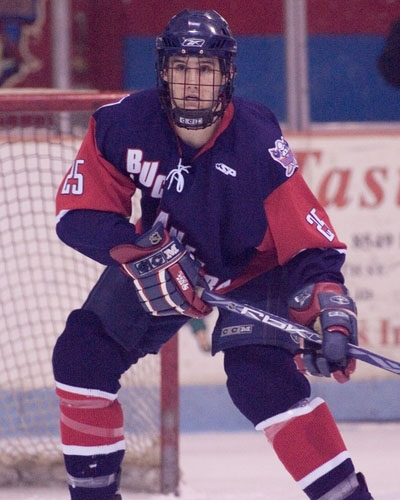 Why he is ranked here: Handley sort of flew under the radar as a recruit for a lot of teams. He committed to Michigan State at age 15, and at that point, a lot of schools quit paying attention to him his first couple years in the USHL. He then received a phone call from Rick Comley telling him he was free to look elsewhere and had to find somewhere else. State's loss was Northern Michigan's gain, as he's a solid defensive player.

Why he'll be great: Handley is a tough defensive defenseman that is likely to play with a chip on his shoulder after being dropped by MSU.

Why he might not: Handley isn't likely to put up big offensive numbers. His stats weren't great in the USHL, but he also played on a weak Des Moines team last season.