Share All sharing options for: Best of the West #36: A.J. Treais, Michigan 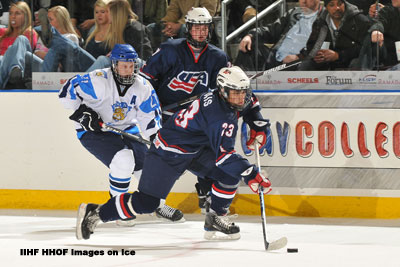 Role he'll likely play: Treais' role will be pretty clearly defined. He's a small playmaking center, mostly used to provide offense to the team. Ice time may be a little sparse early on with at least center probably ahead of him, but eventually, Michigan hopes he'll become the next in a line of small centers that have had great success at Michigan like T.J. Hensick, John Shouneynia, and Mike Cammalleri.

Why he is ranked here: Treais has drawn comparisons to T.J. Hensick, and while I think that may be overstating his abilities, if he comes anywhere close to producing the type of offense Hensick did, he'll have a pretty solid career.

Why he'll be great: Treais is little, but pretty strong for his size, and has a good enough shot that he can score goals rather than just rack up assists.

Why he might not: Treais is a bit of a one dimensional player and will need to improve other areas of his game.