Share All sharing options for: Best of the West #28: David Eddy, St. Cloud 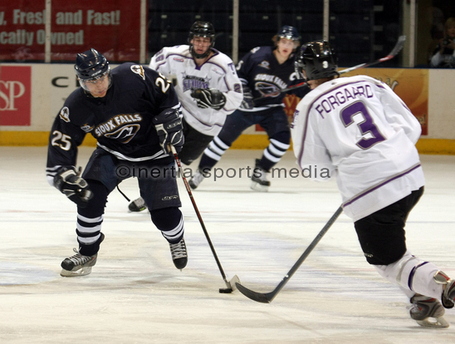 Role he'll likely play: Eddy is still a bit raw as a player, so his role may not be much as he learns the game and adjusts to the college level, but he has a great deal of potential to be a top scorer in the future.

Why he is ranked here: Like many other forwards that Bob Motzko has brought to , Eddy is a player that has incredible offensive abilities, but also has huge question marks about his defensive game.

Why he'll be great: Not many players have the potential to score goals at the college level like Eddy does.

Why he might not: He might be too much of a defensive liabiliity to make up for the offense he provides.