Share All sharing options for: Best of the West #23: Reilly Smith, Miami 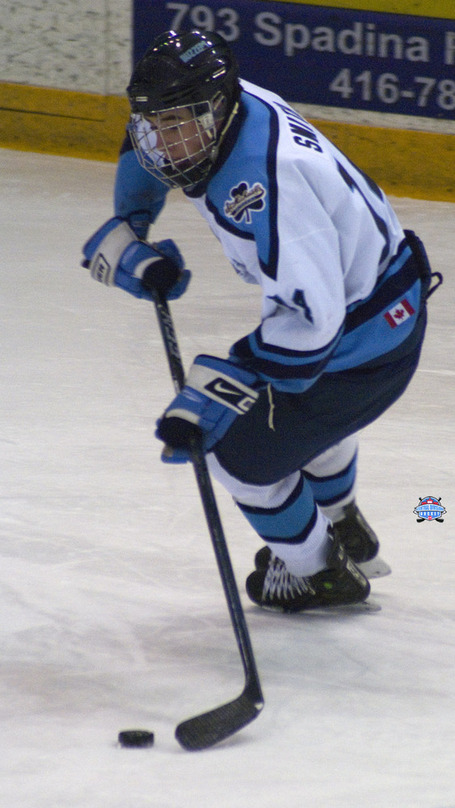 Role he'll likely play: Smith is a pure offensive player with very good skills. Miami is a very solid offensive hockey team, but it's unlikely anyone on the team, outside of possibly Carter Camper and Andy Miele, have the high-end skill and scoring ability that Smith has. Once he finds his comfort zone, he should contribute a lot of points for the RedHawks.

Why he is ranked here: Smith was incredible last season in the OPJHL, but really only has one full year of junior experience in what is considered a weaker junior league. He's got big time potential, but there's also more possibility for variance with him than other players given the big jump he's making.

Why he'll be great: Smith can skate, shoot, pass, and see the ice incredibly well. He's got all the tools a player needs to be a solid offensive prospect.

Why he might not: He's young and still pretty skinny. He'll also need to learn to become more than just a one dimensional offensive player and learn to make contributions in other areas of the game.