Share All sharing options for: Best of the West #11: Justin Schultz, Wisconsin 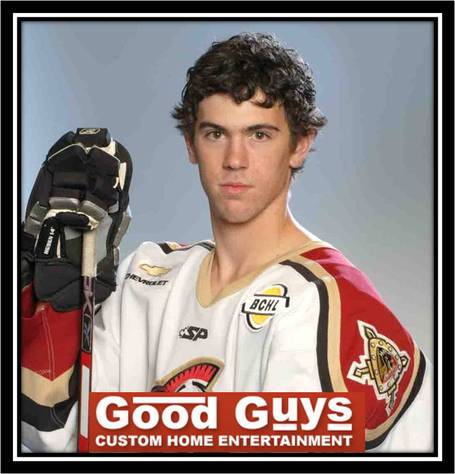 Role he'll likely play: Schultz joins a crowded UW blueline that already has Ryan McDonagh, Cody Goloubef, Brendan Smith, and Jake Gardiner, so minutes, especially on the powerplay should be hard to come by this first season. That said, Schultz is a pure playmaker and if he finds ways to create offense, he'll earn more ice time.

Why he is ranked here: Schultz won his division's Defenseman of the Year honors thanks to some impressive point totals the past two seasons in the BCHL. Schultz has huge potential to be an excellent offensive defenseman.

Why he'll be great: Schultz has the ability to rack up a lot of assists, especially if he starts seeing powerplay time.

Why he might not: Points are going to be harder to come by, so Schultz will have to become more well-rounded as a player. He added about 15 lbs. of weight last season, but still isn't the strongest guy.

Contrived Rivals-style star ranking: Four and a half stars