Share All sharing options for: Somebody Nickname Jonathan Toews

Earlier today espn.com had a nice story on their front page on the NHL playoffs, which is pretty amazing in itself. They also had this cool animation with some of the game's best young stars: 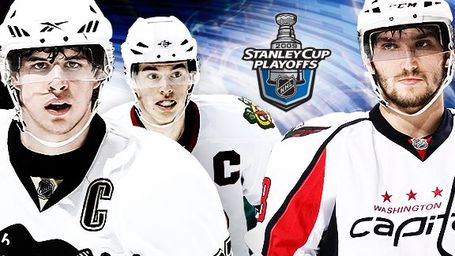 Underneath the photo, the caption read something like this: "Make way Sid The Kid and Alex The Great, because here comes Jonathan the......nope, just Jonathan Toews.

I've got nothing. I was thinking Jonathan The Chipmunk Cheeked, but sadly, the internets seem to have swallowed the legendary Facebook picture of Toews' embarrassing form on the beer bong from his freshman season at North Dakota. If only he could have that kind of luck with his criminal record.